Mississippi, 1967. It's the Summer of Love, yet unwed mothers' maternity homes are flourishing, secret closed adoptions are routine, and many young women still have no voice. Laura Engel takes us back to the Deep South during the turbulent 1960s to explore the oppression of young women who have committed the socially unacceptable crime of becoming pregnant without a ring on their finger. After being forced to give up her newborn son for adoption, Engel lives inside a fortress of silent shame for fifty years - but when her secret son finds her and her safe world is cracked open, those walls crumble.
On Wednesday, May 18th at 7:30pm Warwick's hosted Laura L. Engel as she discussed her new book, You'll Forget This Ever Happened: Secrets, Shame, and Adoption in the 1960s.

Laura L. Engel is originally hails from Biloxi, Mississippi but moved to San Diego, California over fifty years ago. In 2015 she retired from a thirty-five-year career in the corporate world with plans to quietly catch up on hobbies and travel with her husband, Gene. Within a year an unexpected miracle took: her firstborn son - the child she'd been forced to relinquish to adoption in 1967 - found her. After that, Laura stopped guarding her painful secret and started telling the world about the miracle of meeting her son. Laura is currently President of the San Diego Memoir Writers Association. She is also an active member of the International Women's Writing Guild and a member of San Diego Writers Ink, San Diego Writer's Festival, and SD Writers and Editors Guild. She has five adult children and ten cherished grandchildren.

Are you still a mother even if you have not raised your child? Can the mother/child bond survive years of separation? How deep is the damage caused by buried family secrets and shame? Engel asks herself these and many other questions as she becomes acquainted with the son she never knew, and seeks the acceptance and forgiveness she has long denied herself. Full of both aching sadness and soaring joy, You'll Forget This Ever Happened is a shocking exposé of a shameful part of our country's recent past - and a poignant tale of a mother's enduring love. 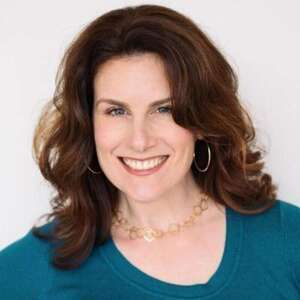