Carlos De Los Rios is a Screenwriter, poet, and author and he has some theories about how the pandemic is affecting, and will continue to affect the film industry. If you’ve ever been curious about the work of writing for film, and how the industry operates, this is the episode for you.

In today’s episode Jeniffer and Chad talk with Carlos De Los Rios about Hollywood insider stuff, how he came into screenwriting, and some of the work he’s done. They get into some details of his first producer credit, the documentary, The Curse of the Man Who Sees UFOs. They talk Hollywood film history, tropes, and speculate as to the future of filmmaking in a post-COVID world. Carlos also has some suggestions for good stuff to stream right now, since production is currently halted. And you’ll be reminded that all good stories have a very simple structure that’s been around almost since story telling began.

Carlos can be found at: https://www.imdb.com/name/nm0209856/
The Premise is the official podcast of The San Diego Writers Festival 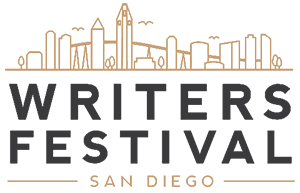